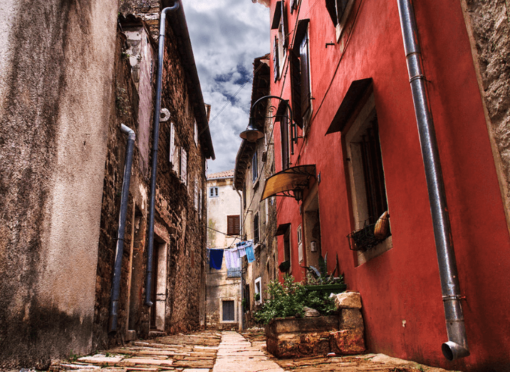 A nation intertwined with detail

The Dalmatian region boasts beautifully intricate bijouterie that stems from medieval pieces, now being brought back to life through bespoke artisanal replicas. Traditional Croatian jewelry has historically played a huge role in the countries folklore sector and has been worn by generations for centuries.

As you sail through Croatia’s rich coastline you will find yourself coming across dainty but majestic pieces, all with their own dazzling characteristics. Croatia’s jewelry development has surged spectacularly and the background to it is rather fascinating! From famous Pag beaded necklaces and earrings to Šibenik’s detailed button pendants, all the way through to Konavle close to Dubrovnik where their earrings are sublime and steal the hearts of all those who happen to pass through. Croatian jewelry designers have been crafting one-off treasures for centuries, now readily available to outsiders visiting on their endeavours.

All traditional jewelry found in the country shares a handful of traits and similarities, much like a dense web with its varying patterns. Gold, silver, brass and coral are the main materials used in traditional jewelry making; each having its own prepossessing charm to it. Certain aspects found in individual pieces were subject to either a male or female audience previously, however as time has progressed, pieces have become more and more fluid, being worn by both genders in abundance.

What jewelry to buy in Croatia?

If you find yourself strolling through Dubrovnik’s wonderful Stradun, you will walk past tons of little boutiques sourcing fluorescent red beaded pieces and you’ll find that these are quite the catch in the jewelry world of Dubrovnik. From necklaces to anklets and bracelets, coral pieces are staple slices of Dalmatia’s aesthetic detailing and can be found almost around every corner and in all the best jewelry stores in Dubrovnik. Buying jewelry in Croatia isn’t an extreme sport and makes quite the pleasant experience.

The Zlarin region has been known for coral harvesting and processing since the 14th century, the use of coral in jewellery has spread throughout Croatia’s coast and has made itself at home in the Dubrovnik region. The beauty of Croatian coral jewelry is timeless and due to the nature of its making, each piece is exclusively unique and won’t be found anywhere else.

Coral has a wide spectrum of shades and offers many hues, ranging from a light crimson pigment to dark wine red. Red coral (also known as precious coral) flourishes in clean waters (Which Croatia has a lot of to offer!) and blooms in depths between 30-200 metres.

In essence, the coral form harnesses a crust which is filed down in order to bring its powerful red tone to light. The framework is then carved into smaller fragments which are then smoothed down and polished. The polishing process is the most important step and can last up to a few days, resulting in a mesmerising shine.

Since the fall of the Venetian Republic that was in charge of the Adriatic coral trade, Zlarin natives were given special permission for coral fishery. Coral was overharvested because of its great value which nearly caused complete eradication, leading to the practice slowly becoming less common over time.

Head over to kingly konavle

In the Konavle area, you can find the delicate konavle earrings. The earrings bear a small pendant either pearl or coral and come with an interesting history. Younger girls were to wear smaller earrings with older women wearing bigger hoops. Men were also known to gift their brides a set of hoops are a little gifting gesture prior to their wedding day. Due to social order, traditional jewelry was handled with utmost care and kept safe in pretty wooden boxes or in chest compartments. Finest pieces were only to be worn on special occasions. This is due to the fact that jewelry was seen as a family keepsake and was handed down from member to member, making it extremely precious.

Here’s the catch that you weren’t expecting:

The famous Konavle earrings were never actually crafted in the Konavle area but were manufactured in Dubrovnik by skilled goldsmiths. In both 19th and 20th centuries, workshops mainly focused on traditional jewelry, propelled by growing demand from the wider Dubrovnik area and Konavle itself.

Due to Dubrovnik previously being a huge goldsmith’s hub from medieval times to the mid-20th century, the Pearl of the Adriatic is bound to have its own unique traditional jewelry. The most recognised is the peružin concept. The hollow filigree beadwork that was predominantly made out of gold, here in Dubrovnik. When linked together, the beads form to create a luxurious necklace called the kolarin. This necklace consists of an even bead count (12,14,16 or 18) and is elegantly put together either by silk ribbon, other beads or small golden links.

Sometimes a heart pendant or golden cross was implemented when making a highly sentimental piece which was usually only showcased for rare events. More common nowadays are earrings and pendants with an adaptation of the peružin bead itself.

Croatian filigree jewelry is far from flashy and kitsch but is extravagant and amazingly detailed. For example, traditional Croatian earrings are handmade with pure concentration, preciseness and attention to detail. These qualities can make or break a statement piece and it’s so important to ensure you select jewelry that reflects your desires and aesthetic appeal. Because what you wear speaks in volumes and introduces you before you speak! Set the tone and adorn yourself with what catches your eye.

If you happen to visit us in Dubrovnik, make sure you go on a jewelry tour to grasp a major part of Dubrovnik’s historical heritage, you’ll love it! 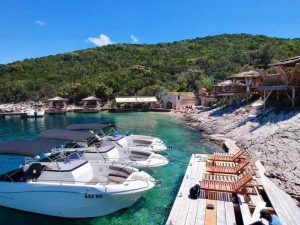 How to get to Bowa Dubrovnik Want to visit Bowa restaurant while in Dubrovnik? We got 4 useful advices on how to get there You asked, we delivered! Since the lunch at Bowa is one 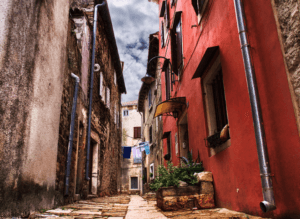 A nation intertwined with detail The Dalmatian region boasts beautifully intricate bijouterie that stems from medieval pieces, now being brought back to life through bespoke artisanal replicas. Traditional Croatian jewelry has historically played a huge 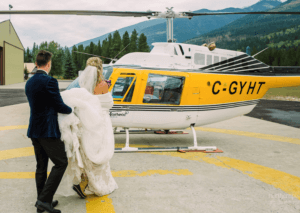 In The Zone: A honeymoon in Dubrovnik

Sculpting a honeymoon together is one of the most touching aspects of becoming one as is embarking on a journey of love and companionship with the piece to your puzzle. Although hitting the nail on 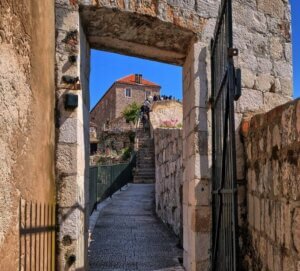 So what are we talking about? The Du Motion race is a sense stimulating occurrence that stirs up quite a colourful scene in Dubrovnik every year. It is open to everyone and welcomes people of 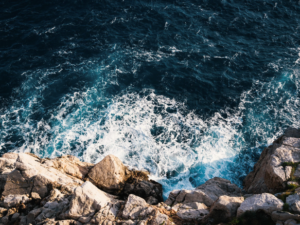 Benefits of the sea and all you need to know

Self-care: Method Sea It’s no secret that the ocean bears hundreds of benefits known to man and has been perceived as a great healer for centuries. You may or may not be aware of all 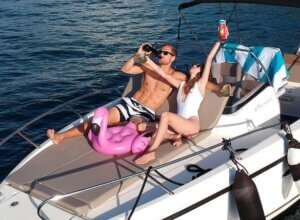 Catch flights not feelings: Direct Flights to and from Dubrovnik in 2022

Now is the time to spread your wings! With Dubrovnik comfortably landing itself on TripAdvisor’s list of top 10 trending destinations in 2022 – There’s no better time than now to scan the web for

Our Most Popular Tours